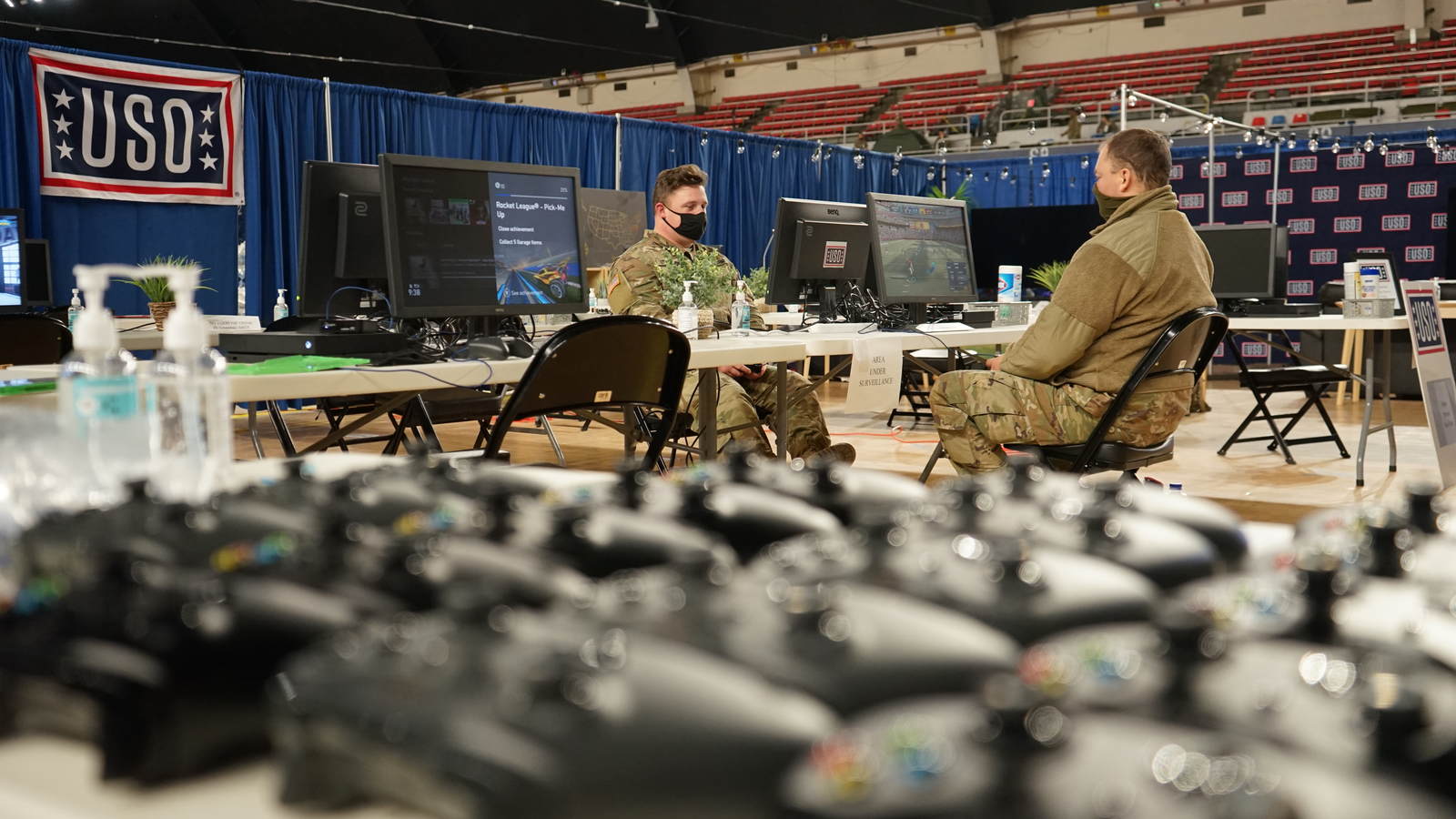 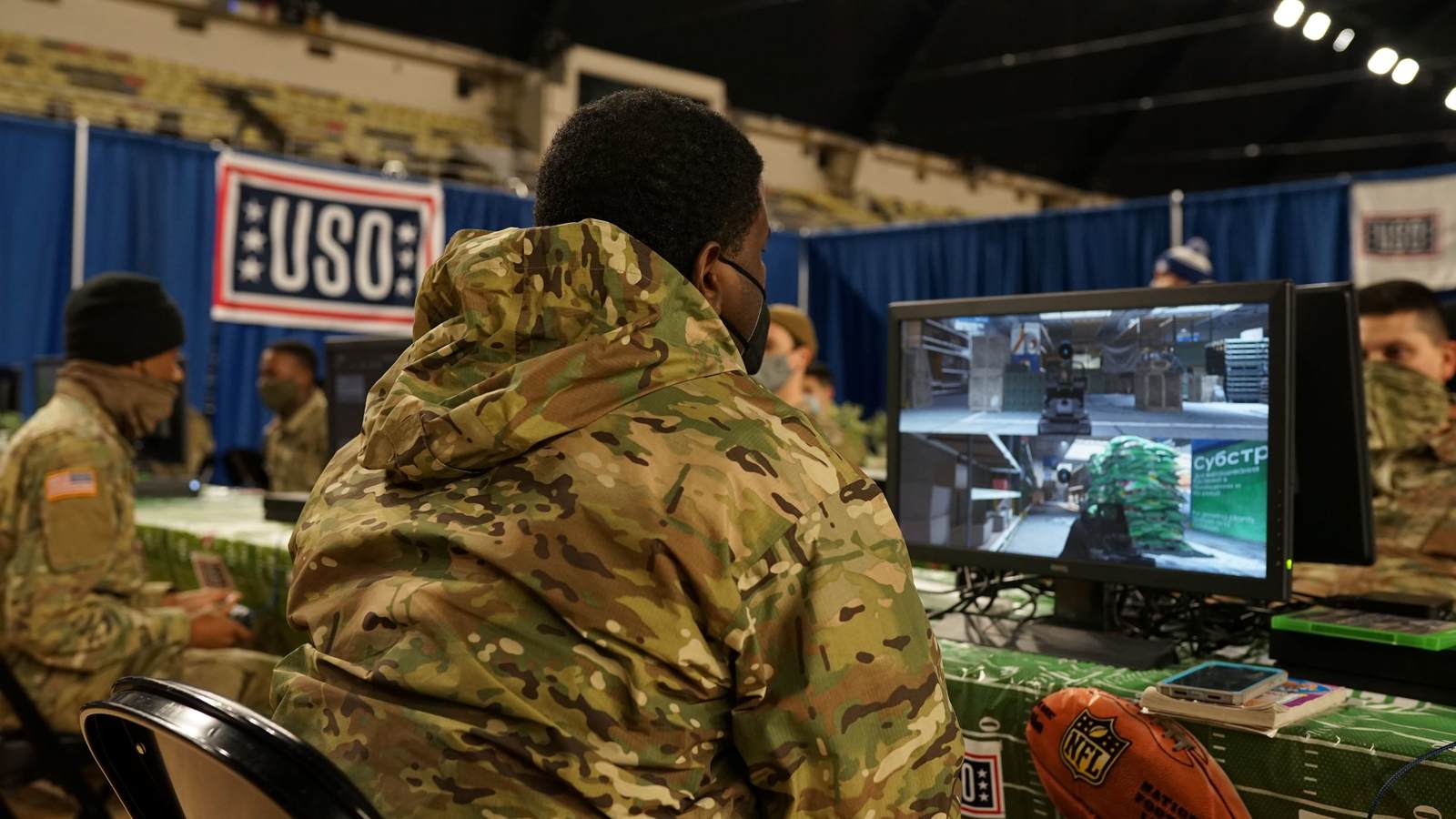 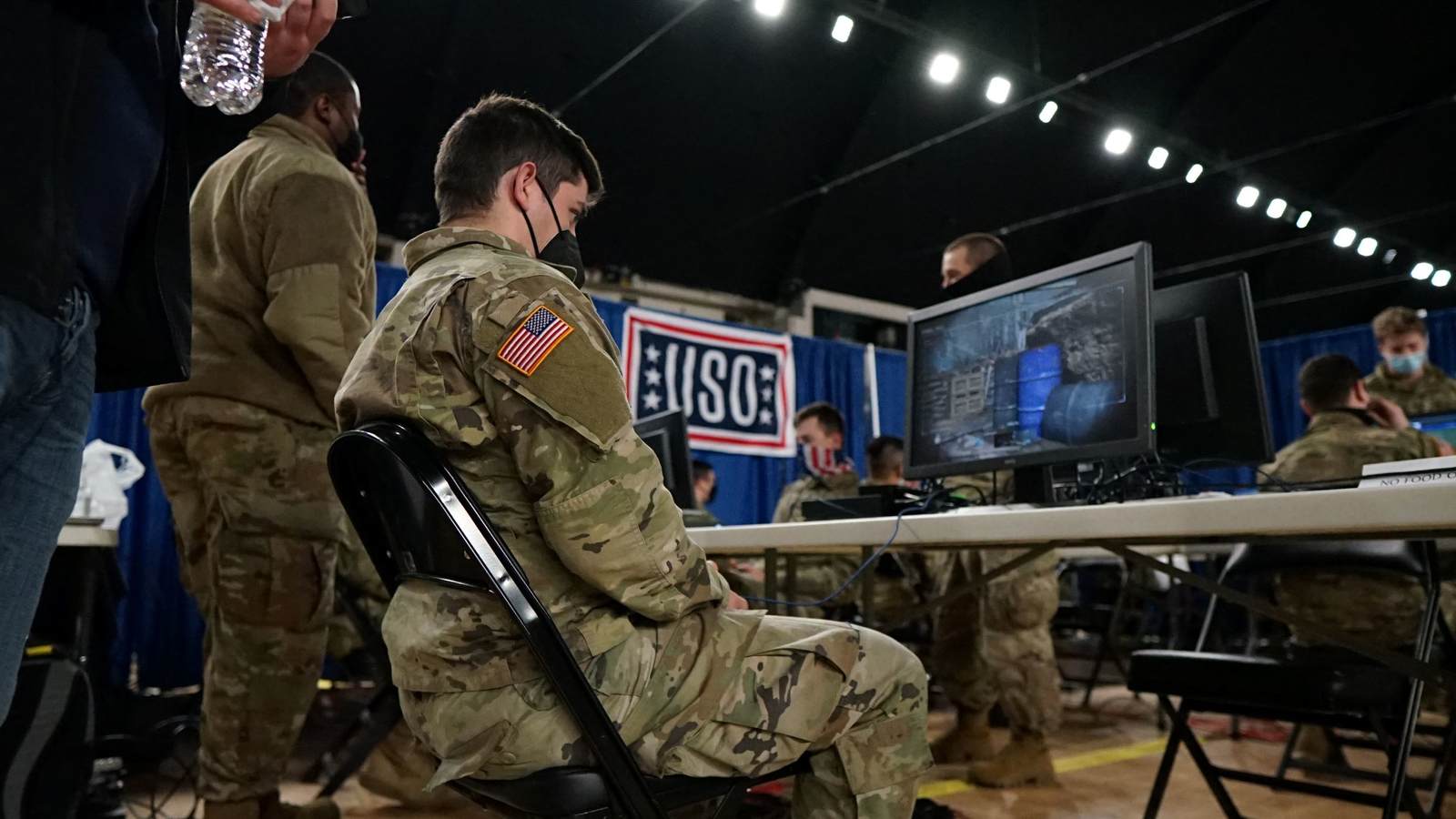 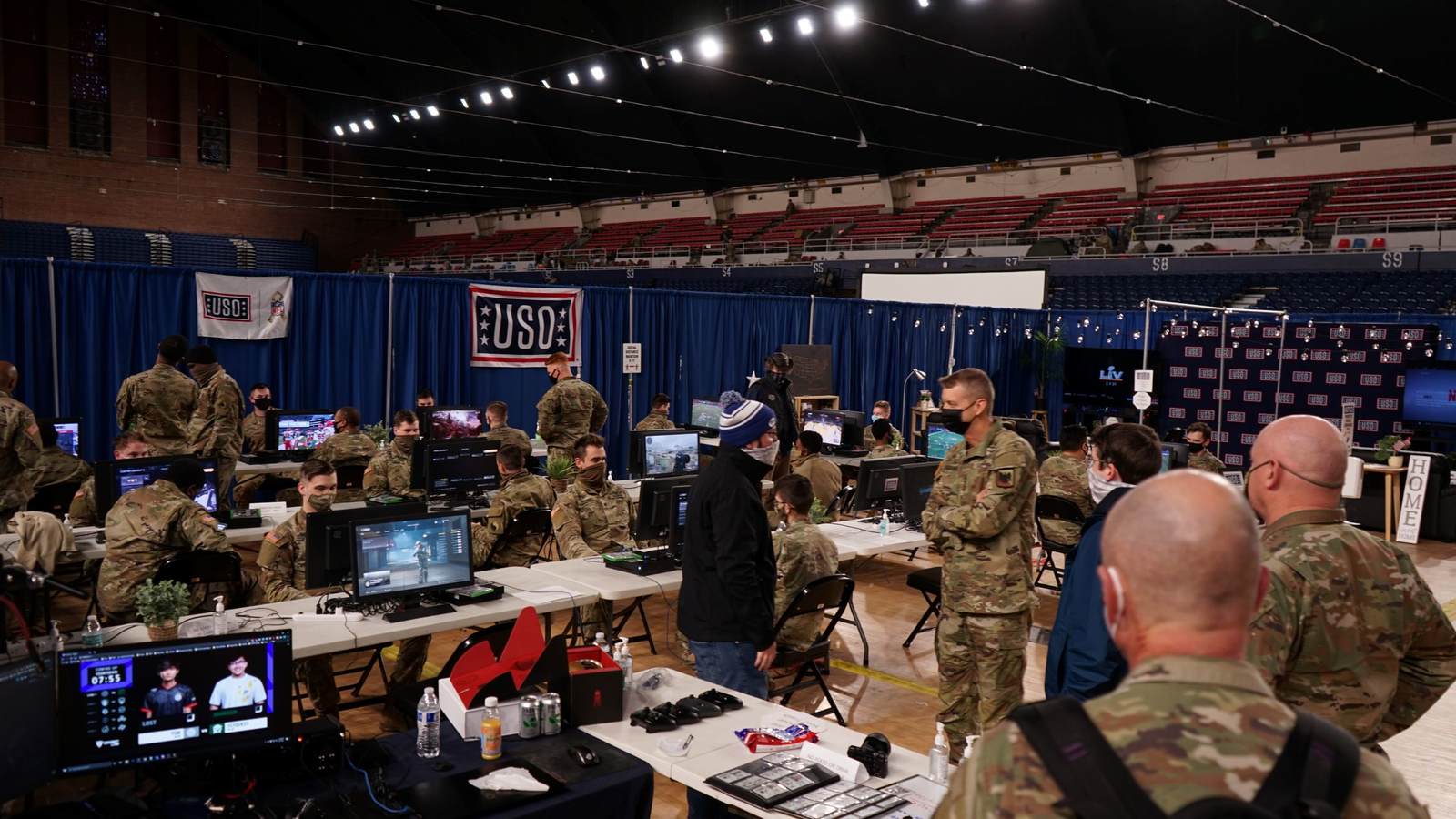 Building an expeditionary or temporary USO location is no easy feat – but pivoting to meet the ever-changing needs of service members is what the USO does best.

Less than 72 hours after the USO received a request to provide recreational support to National Guard members in Washington, D.C., the organization quickly stood up an Expeditionary Gaming Center and was welcoming its first service member patrons.

The USO Southeast Regional Gaming Events Manager, Ross Ledford, received the call late in the evening on Wednesday, Jan. 27, 2021. He wasted no time in making preparations to assemble enough gaming consoles to set up an Expeditionary Gaming Center for the National Guard.

“There was a winter weather adversary the night I received the call, but that did not slow me down,” Ledford said. “I was able to collect 16 Xbox One consoles with controllers and games from our inventory, and by Saturday morning we were leaving Raleigh and headed to Washington, D.C., to set up our USO Expeditionary Gaming Center.”

Ledford and Ian Wright, an Army veteran and Gaming Community Manager for the USO, made the road trip with the equipment to Washington, D.C., where they were welcomed by the USO Metropolitan Washington - Baltimore and USO Mobile teams who were already on the ground lending support and ready to help the new initiative.

“We had such great support from USO Mobile and USO Metro D.C., they really made us feel welcome and helped us set up,” Wright said. “The impact of the gaming center was huge and immediate, and I lost track of the number of times I heard ‘this is awesome’ the first day, and it didn’t stop the entire time we were there.”

“Ross and Ian were both amazing to work with,” said Staff Sergeant Scott Estes, a mobilized Air National Guard member assigned with the 113th Maintenance Group at Andrews Air Force Base, Md. “I even made some [new] friends in the Army National Guard [based upon] our mutual enjoyment of video games and dedication to our country.”

In less than eight hours after arriving to D.C., Ledford, Estes and Wright, with the assistance of the local National Guard liaison, had the Expeditionary Gaming Center fully operational.

The National Guard liaison and State Family Program Director for the D.C. National Guard, Maj. Michael Robinson, explained how the Expeditionary Gaming Center provided much needed relief for the soldiers and airmen mobilized in D.C.

“The gaming center provided an outlet for the soldiers and airmen throughout the day to get away from their structured routine and simply relax,” Robinson said. “Sometimes service members need an escape from reality to blow off some steam.”

From Jan. 31 to Feb. 7., the Expeditionary Gaming Center was open from 8 a.m. - 6 p.m. each day, providing comfort and relief to over 600 National Guard soldiers and airmen.

The Expeditionary Gaming Center consisted of 16 Xbox One consoles, 32 controllers and 32, 20-inch monitors provided by the National Guard. The list of games available for the service members to play were “Call of Duty,” “Madden NFL 21,” “NBA 2K21,” “FIFA 21,” “UFC 4” and “Mortal Kombat 11.”

The USO created its USO Gaming program to help reduce loneliness, relieve stress and create a positive impact for service members during training or long-term deployments away from their families.

“To see the looks of fulfillment in the service members eyes, and to know we [the USO] made a positive impact on the National Guard while they are in D.C., away from their families, reinforced to me what the USO stands for, and the growing need for more USO Gaming centers and events,” Ledford said.

In the excitement leading up Super Bowl LV, Ledford and Wright hosted daily tournaments for “Madden,” a popular NFL video game played on a variety of gaming consoles. The day of the Super Bowl, the USO Expeditionary Gaming team hosted a Super Bowl party, coordinating another tournament where 16 players duked it out on the virtual grid iron.

The victor of the tournament received a copy of “Madden NFL 21” and a limited-edition Wilson Duke Gold Football donated by the NFL as part of their Salute to Service partnership with the USO. The second-place finisher received a Super Bowl fleece zip-up. To ensure service members always have a way to connect and a community to support them, the USO is committed to fostering strong online and in-person gaming communities.

Since 2020, the USO has developed gaming communities across Twitch, Discord, YouTube and Facebook, as well as building state-of-the-art gaming and esports centers within our USO centers throughout the Southeast Region.

In March, the USO is hosting its first ever USO Experience Atlanta. It will be a week-long fun, easily accessible virtual gaming tournament for service members and their respective military branches, who can compete for a chance to win cash prizes while having fun and boosting their morale.