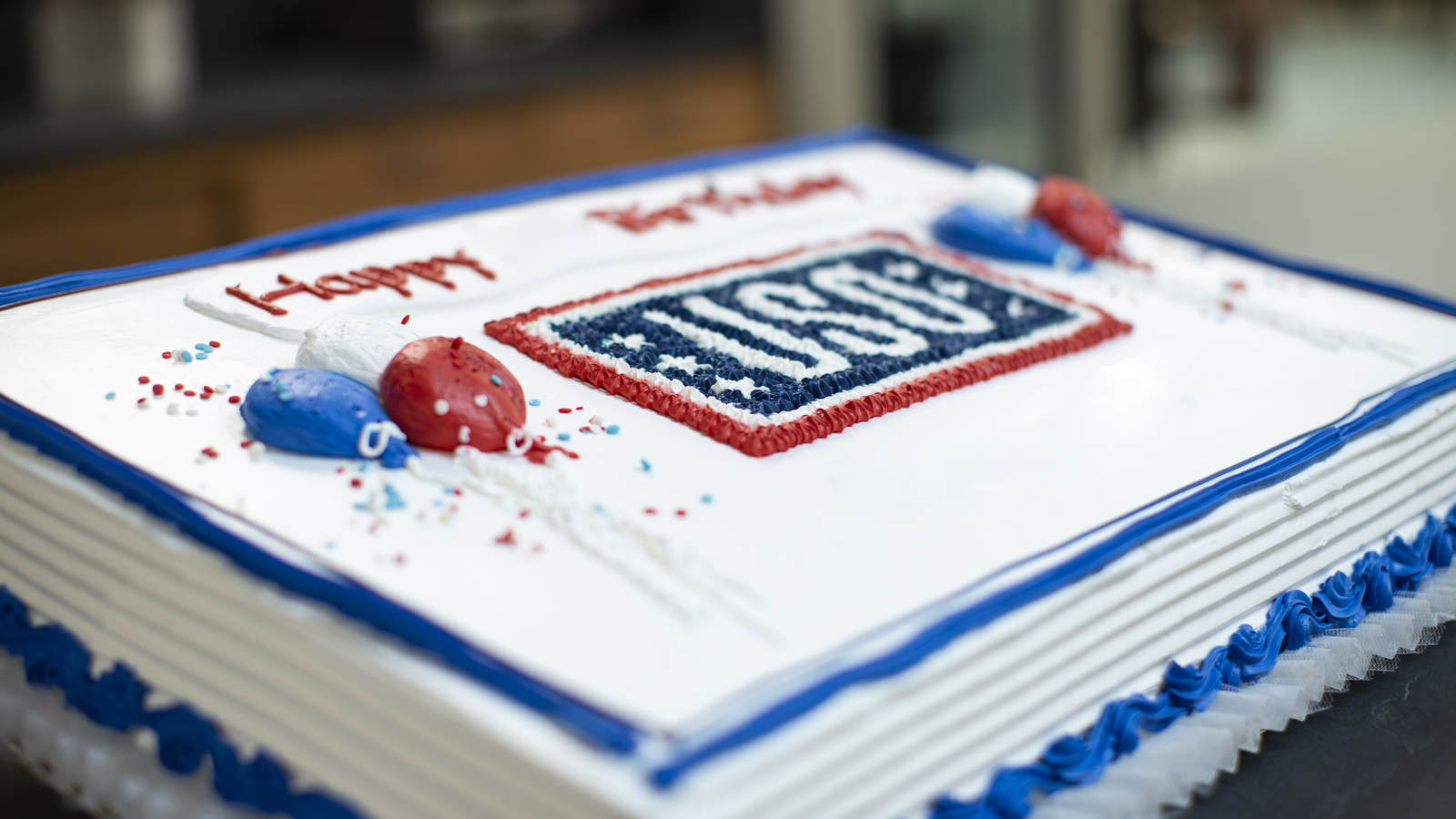 Those of us who celebrated a birthday in the middle of the COVID-19 pandemic know that this past year’s birthday “fun” factor may not have meet our expectations during this unprecedented time. The usual big surprise party, cookout with friends and family, or dinner at your favorite restaurant may not have been an option for some.

United States Army soldiers conducting Advanced Individual Training (AIT) at Fort Gordon this past April 2021, experienced first-hand what it is like to spend their first birthday in the armed forces, away from family and loved ones.

Once the USO staff with USO Fort Stewart-Hunter Army Airfield (HAAF) found out that there were over 40 service members all in the same training company celebrating April birthdays, they quickly jumped on the opportunity to provide a little piece, or should we say slice of home to service members celebrating their birthdays away from their family for the first time.

On February 2, 2021, the USO Fort Stewart-HAAF staff received an email from Amanda Walters the Center Operations and Program Manager at USO Indiana, explaining she received a request from a mother who’s son was attending training at Fort Gordon, and her son’s birthday was coming up in April.

“I immediately jumped at the opportunity. Birthdays are a special time, and they are never as good as when you’re celebrating with family. What better way to connect a service member to home than to celebrate their birthday,” said Country Due, Center Operations and Program Manager, USO Fort Stewart-HAAF.

Due reached out to the mother to see if they could figure out the specific training company her son was assigned to. The mother was able to share the name of her son’s commander. Working with her networks at Fort Gordon, Due found the contact information for the commander and reached out to him to see if he would authorize a birthday surprise for this young soldier.

Not only did the commander authorize it, he was thrilled that the USO would go out of its way to support a young solider in training, helping celebrate their birthday and boost their morale while away from his home and family. Also, during the conversation, Due learned that 41 other soldiers in the same training company had birthdays in April as well. Due knew she had to get to work.

For all these soldiers in training, it was their first birthday away from family and friends back home. Knowing how important birthdays can be and that there were over 400 soldiers within the same training company, Due assembled a small team and immediately contacted her local partners with Blanchard Equipment, a local John Deere subsidiary who provided resources to purchase four large sheet-cakes, enough to feed the entire company.

“On the afternoon of 11 April, I pulled up to the company area and was greeted with a detail of service members ready to help me unload and set up. We sang happy birthday as a group, and my team and I served cake to over 400 service members. Each and every single service member told me thank you. Every single one,” said Due.

The soldiers were overwhelmed by the generosity and filled with joy that only a birthday surprise can bring on someone’s special day.

As the USO staff served up over 400 slices of cake, the soldiers expressed their sincere gratitude. “You made my day today. This is so amazing,” said a soldier in training as he received a slice of cake.

“Oh man, birthday cake. This is awesome,” exclaimed another soldier in training as he took a big bite of cake.

“Moments like this are why I truly love working for the USO,” said Due.

The USO is honored to offer programs and initiatives that connect our service members to family, home, and country. To learn how you can help or to make a donation today please visit USO.org/hope.

*USO Staffer – Courtney Due contributed to this article. *