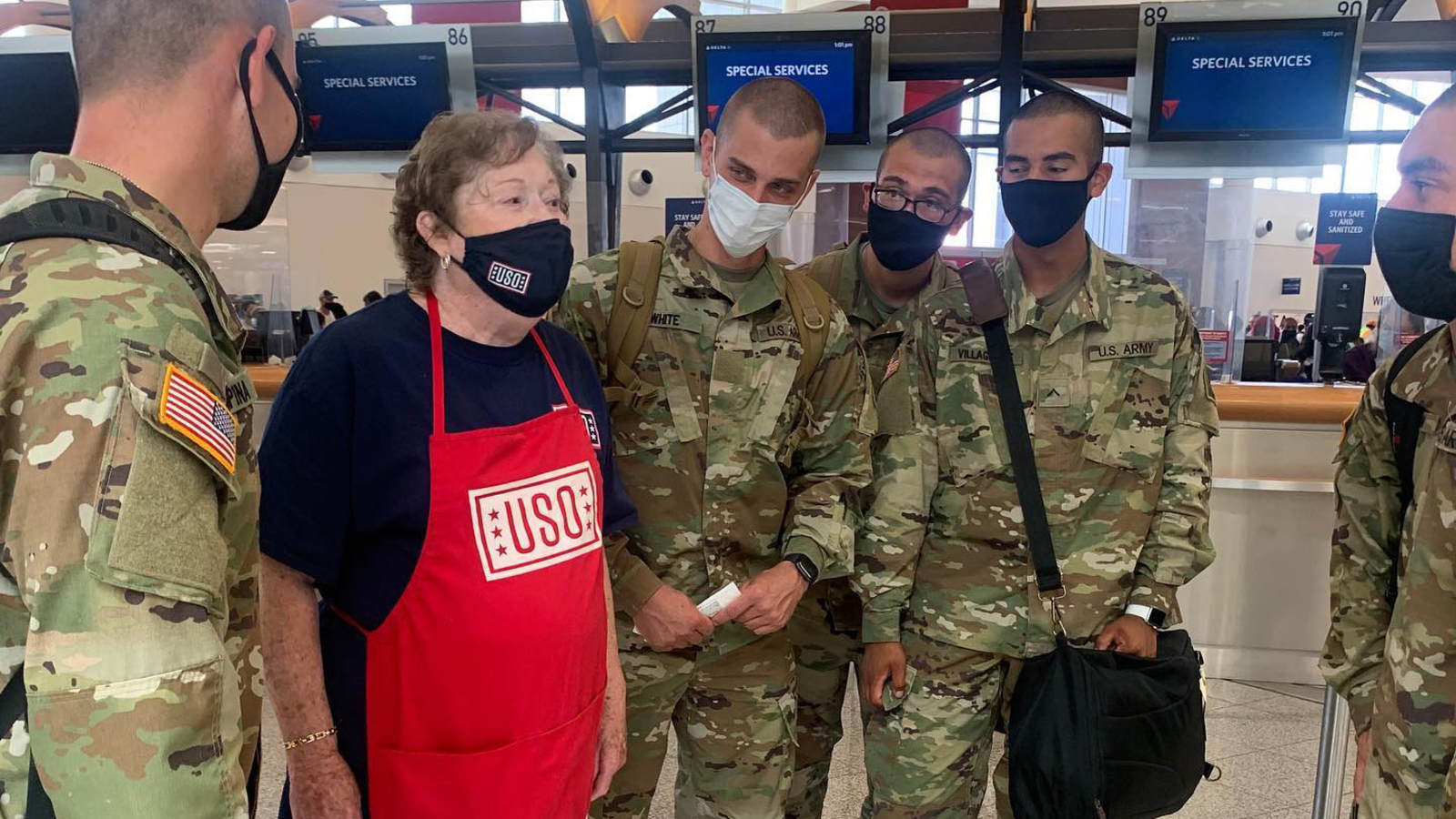 The strain of traveling can take its toll on anyone, but especially on our service members and their families. In addition to the daily stresses and duties of life in the military, many service members may be traveling far from home, or on their way to their next duty station or deployment.

Some service members might just have had a flight delay and are now stranded with nowhere to go, but they will always have the USO.

For a group of six soldiers headed overseas to Germany for their first duty station assignment, June 27, they learned first-hand how the USO Georgia center at Hartsfield-Jackson Atlanta International Airport is always ready to lend a helping hand.

“We had a group of six young soldiers who just finished their initial training at Fort Benning, Ga., have their flight to Germany canceled. They didn’t know what to do or where they would sleep for the night,” said Mary Lou Austin, Executive Director, USO Georgia. “We see all branches and ranks of the military from E-1 to O-10, travel through Hartsfield-Jackson Atlanta International Airport who visit our center each day. We have seen this situation many times before, we were ready.”

Without hesitation, Austin and her team reached out to their local partners and found lodging at a nearby hotel for the night, and a hot meal, at no cost to the stranded soldiers.

The response from the soldiers was one of gratitude and relief in a moment of uncertainty and confusion. “Thank you so much, we wouldn’t have known what to do without the USO,” said one of the stranded soldiers.

Rona Siedel, the USO Volunteer on duty who helped the soldiers find a hotel and a meal for the night said, “taking care of young soldiers in situations like this is exactly why I volunteer.”

Over the past six months, the USO center at Hartsfield-Jackson Atlanta International Airport provided services more than 16,000 times to service members and their families.

USO locations can be found around the world at airports, in major metropolitan areas, small communities and near major military installations. Airport locations, both inside and outside of security, offer core amenities including connectivity (internet, phones, Wi-Fi), snacks, drinks and a homelike environment (comfortable seating, TVs, movies, and video games). The USO’s network of airport locations welcome weary travelers and provide resources to ease travel burdens.

“The USO will always be a place to help in times of need, as well as just a place to go to sit and relax. The USO is a constant that service members and their families can always count on for assistance,” said Austin.